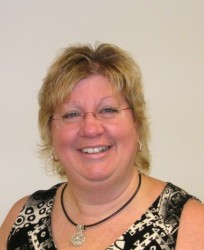 It is with sadness when we reminisce about our beloved friend and coworker Debbie Riffle, who died on January 3, 2015.

With her passion for travel and especially cruising, Debbie began her travel career with Antietam Travel Service in July 1997. She developed a following of loyal clients and friends. Debbie and her husband Scott escorted many cruise groups through the years, one of which was her largest cruise group of 195 passengers. Where Debbie went, her clients and friends followed. Debbie proudly earned the CLIA designation of Master Cruise Counsellor. Debbie and Scott cruised together more than 60 times. Through their travels and cruising, they visited Europe, Australia and New Zealand, Tahiti, Alaska, Hawaii, Canada and New England, Mexico, Iceland, the British Isles, and most of the Caribbean. Our thoughts and prayers are with Scott, her family, and many friends. We will miss her forever...

Debbie's Obituary in The Frederick News-Post

Travel is the only thing you buy that makes you richer!